Keeping up on Complete Streets!

RTC has a new initiative that is rolling out.  Planning for our communities complete streets!  They've had a few public meetings and want your comments.  They acknowledge that "complete" can mean different things at different locations...but they are trying to accommodate all modes of transportation in as many areas as possible.

The meetings so far have only been moderately attended, mostly by bicycle advocates and RTC staff.  They'd love to have more public comment, so get out there and let them know what is important to you!

P.S.  Actually....if the general public doesn't attend that works too.  We will pave this town with bike lanes like they're going out of style!!!  Hahahahahah!!!

P.P.S.  Just kidding.  The truth is the general public isn't against bike lanes.  And even cyclists don't want them everywhere.
Posted by Riding in Reno at 9:09 AM 3 comments: 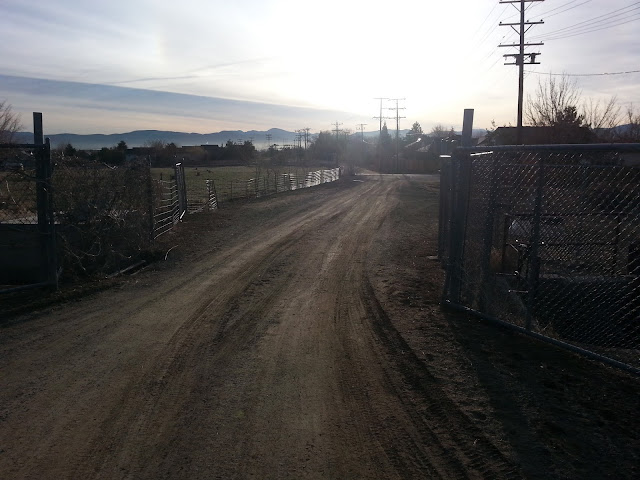 As you might have guessed from the lack of activity on here...life has been busy.  That doesn't mean I wasn't riding, but it certainly was at a very low level for me.  Getting back on the bike and enjoying the ride in this morning was nice.  I hope that it means the road ahead is as clearly defined as this little section of gravel!
Posted by Riding in Reno at 8:28 AM 1 comment:

The Idea of the Ride!

Neat little movie clip about what goes into doing a century.  The idea, the training, and the joy of actually doing it!
Posted by Riding in Reno at 8:46 AM 1 comment:

Sorry for the lack of posts.  The working world has been keeping me extra busy lately.  At least Alabama has better beer than thelast time I was here! 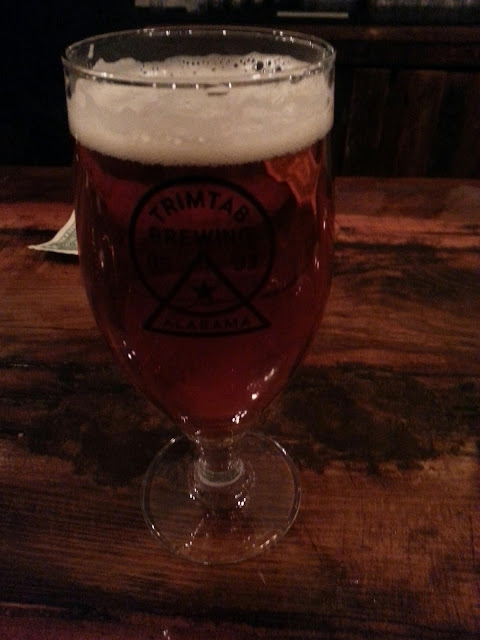 Posted by Riding in Reno at 3:48 PM No comments:

5 Things Cyclists Do You Didn’t Know Are Perfectly Legal

January 27, 2016 In Bicycle Accidents By TorkLaw Staff
It’s true that city cycling is on the rise in the United States, and that has come with some backlash.  The mere sight of a bicycle can send some motorists into a fury — often due to drivers not knowing the law. This has caused an alarming number of injury accidents that were completely preventable. Odds are, that annoying thing the person on the bike is doing — is completely legal.

5. Riding In The Roadway 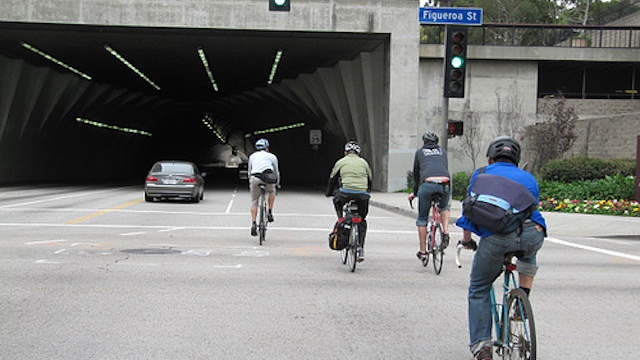 Not only is it legal to ride in the roadway, that’s the only place it is legal to ride. When you yell at a cyclist to “get on the sidewalk”, you’re asking them to break the law. It’s a sidewalk, not a sideroll. If a cyclist is in your lane, it’s important to remember — they have the legal right and responsibility to be there.

4. Leaving The Bike Lane To Use The Left Turn Lane Cyclists are allowed to leave the bike lane for all sorts of reasons. They can do it to avoid hazards, avoid a parked car, or… turn left at an intersection.  This is the safest way for a cyclist to turn left, since it avoids crosswalks and sidewalks.  Once they make the left turn, they return to the bike lane and all is well.  They are also allowed to split lanes to move ahead of the cars waiting in line, so they’re not invisible between cars. 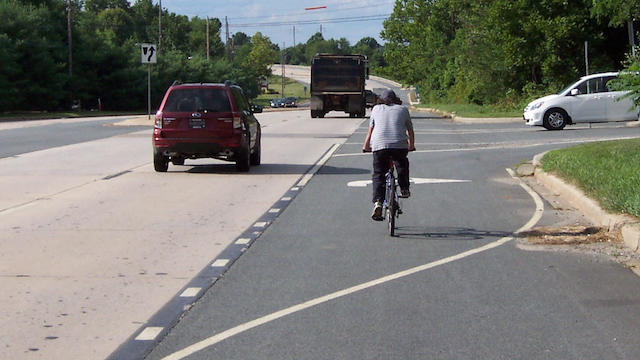 Again, cyclists are allowed to ride in the roadway for a ton of reasons. Yes, you want to turn right, but there’s some basic geometry at play here. If a cyclist was to stay all the way to the right, what happens when you pass them and turn right? You cut them off. That’s a great way to get a cyclist-shaped imprint in your door. When the cyclist keeps the middle or left part of the turn lane, this prevents you from crossing over their path of travel, should they be going straight ahead or turning.

2. Filming You While You Scream At Them 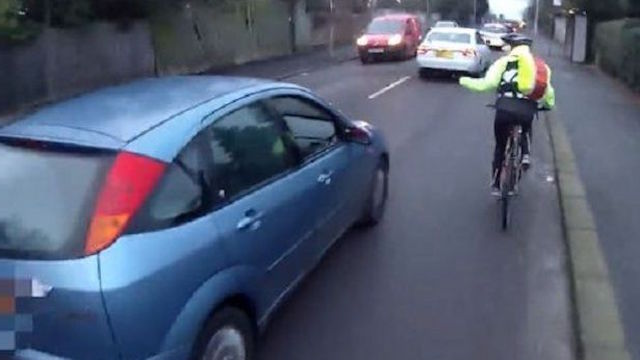 Not only are cyclists allowed to wear cameras when they ride, they’re starting to be encouraged to do so. This is so they can have proof of drivers who endanger their safety or injure them when they break the law. This also is to defend them from fault in incidents of road rage. They are allowed to film you, as long as you are in a public place — and the road is public. It might make you feel weird, but it’s totally legal.

1. Riding Two Abreast In The Roadway 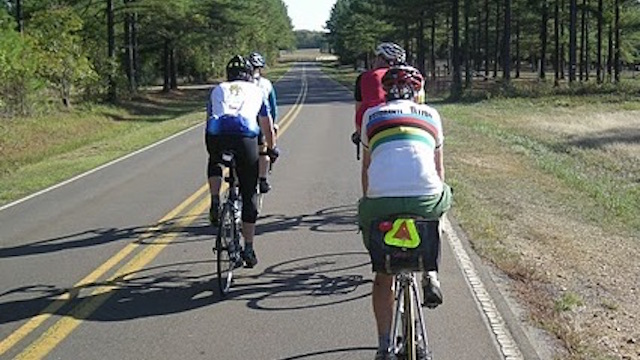 Many people complain when groups of cyclists ride two abreast in the roadway. They do this mainly because it makes them more visible, but also because it discourages close passing in the lane; since many drivers ignore the Three Feet For Safety Act. This is completely legal and done for their protection. As long as they aren’t riding more than two abreast, the cyclists are in the right.
Posted by Riding in Reno at 3:26 PM No comments: