Ok, I threw my hat in the ring with the C+35 (beginner riders who are old) group this weekend.  As I said last week, I haven't ever "raced" a bicycle, so I wasn't exactly sure what to expect.


I think the most nerve wracking part for me was the start (keep reading for the other wracking part).  It was probably a hundred yard stretch of pavement before the course dived around a bend into the first of many sandy corners.  I definitely didn't want to be in the pack and fall over in the first turn (taking out god knows how many other riders)....so I stayed to the back of the pack.


Ok...so the dismounts are the other part of the race that had me a little worried.  Sometimes you're dismounting to jump over barriers (usually a couple at a time) and sometimes its for stairs.  I tried the whole quick dismount on my practice ride....mind you, I'm not new at clipless pedals....heck, I've probably clipped in and out 100,000 times.  Yep, ride up, unclip one side and swing the leg over....now unclip the second foot at you begin to run and jump.....  It sounds so simple!

On my first clip out and jump attempt I just didn't get the second clip out before my body tried to start running.  I almost crashed into the barrier and pulled the bike on top of myself!  Fortunately, the clip popped loose at the last second and it was just a minor tumble for me.  The blow to my pride might have been slightly larger.

And if you think the dismount gets easier as the course goes on, you're wrong.  The first few ride up and unclips you're in soft sand doing like 10 mph.  At this stairway you're dismounting at the bottom of a hill on a long straightaway....so you're doing like 25 mph.  More than a few people went down on this dismount location!

Now...one last little note.  We've talked about the dismounts.  They require a certain grace and poise around the bike.  The remounts are more "dynamic"....basically no sissy, put your foot on the pedal type stuff.  Instead the "technique" is to jump, throw your leg over the seat while in mid-air and land on the seat both feet hitting the pedals at the same time, and then ride away like a mad man.

A small aside here...this is a real bike race so guys wear spandex (pretty much head to toe).  This getup does  a pretty good job of controlling male anatomy, even with all the running, jumping, riding, etc.  However, if you are going to run and jump on a relatively small seat 10+ times per lap the potential for a uncomfortable landing is pretty high.  And....I will attest to the fact that while this may not make you crash....you definitely will ride a little slower after one of those landings!

So, despite the learning curve on how to "ride" cyclocross, I had a blast and managed not to fall down during the four laps and 30 minutes of riding.  Heck, I even passed my new friend from Cycle Oregon who invited me out to the race!

So if you want to give it a try, I'd definitely say come out and join.  The people are really friendly and family is encouraged to come out and cheer.  Heck, they even have a kids race!  So check the schedule in the previous post and make the drive up to Truckee on the 13th!

Posted by Riding in Reno at 9:54 AM No comments: 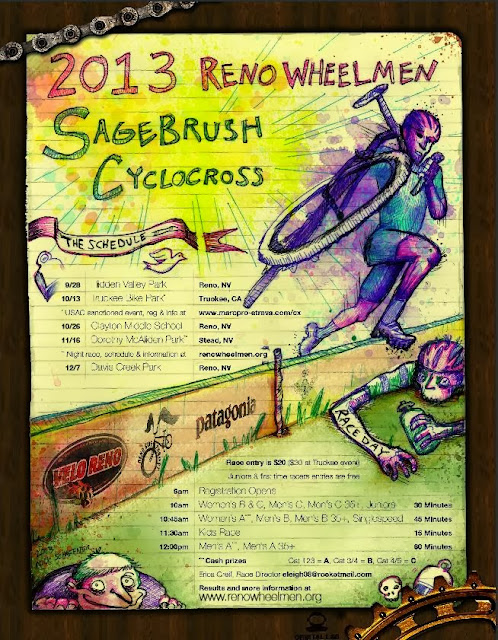 I've never done this before....in fact, I haven't ever been in a bike race of any kind.   Well, unless you count bmx races around the block when we were kids.  The first race in the series is over in Hidden Valley this weekend (tomorrow) if your interested.

To prep I stripped the Fargo down from touring configuration back to a lean, mean monstercross machine.  Ok, it's steel and rolls 29ers....so it isn't actually lean.....but it does look mean.   I'm hoping the course will actually favor these huge tires vs. the 33mm cyclocross tires ( and 14 lb carbon bikes) the rest of the field will be riding!

I didn't take any riding pictures on the last day.  The route had some narrow trails with 2200 riders that didn't make for good places to try to pull out the camera.  These were followed by 10 miles of screaming (40 mph) winding, downhill....also not good to take the hands off the bars!

I also figured you were tired of the usual rest stop photos after a week of Cycle Oregon posts....so instead I captured this image of some of the wildlife.

And then, suddenly we were back at the start location for celebration, beer, and bands!


Ok, I didn't take a lot of pictures on this day.  Not sure if it was because we were busy climbing or if riding a bike all day every day was just getting routine.  The real climbing on this ride came late in the day after some nice downhills on forest service roads.  The last trick....1.6 miles of gravel.  Not a big deal for me (or wifey) with wider tires, but most of these poor saps had foo foo carbon road bikes with 23 mm tires.  Not their favorite section for sure!

A little note here....Seneca is another tiny town (maybe a couple hundred people).  They definitely get a heads up that Cycle Oregon is coming because it can be a real boon to their economy.  In this case....Cycle Oregon riders hit the local restaurant so hard they closed after 2 hours......because they ran out of food!  The local convenience market was also hit hard and didn't have much left on the shelves by the end of the day.  The mayor gave a quick thanks letting the riders know that they had brought the entire town out of the red and into the black (budget wise) for the rest of the year!!

So don't count out bicycles as a local economic factor!! 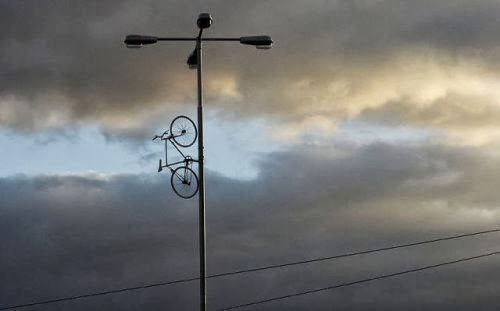 Posted by Riding in Reno at 2:20 PM No comments:

I'm going with just photos and captions today.  We opted for the shorter 40 miles plus some local riding to the store.  Goats heads were everywhere around here and I'll bet at least a 100+ people had flats (including your truly)!  Overall, it was a super easy ride and we got in to camp early.  We used the extra time to utilize the beer garden and check out the traveling city. 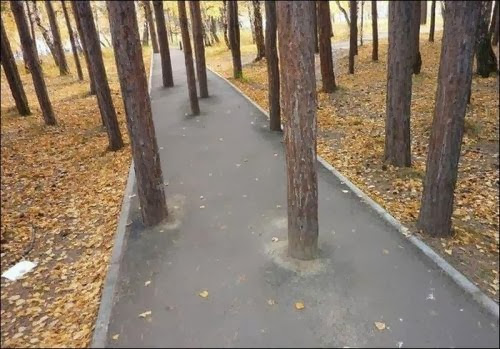 Posted by Riding in Reno at 8:10 AM No comments:

New Human Powered Bicycle Speed Record.....set in our own backyard!

I can't out do the article that's already written.  Click on the picture above or paste in the link below.

http://www.hptdelft.nl/en/index.php?option=com_content&view=article&id=508:hightech-recumbent-from-delft-breaks-world-record&catid=15:blog&Itemid=58
Posted by Riding in Reno at 9:48 AM No comments:

Rest day.....meaning you could opt for an 80 mile ride (out and back) or turn around at any point and set the ride to the distance you wanted....or you could hang out at camp all day! 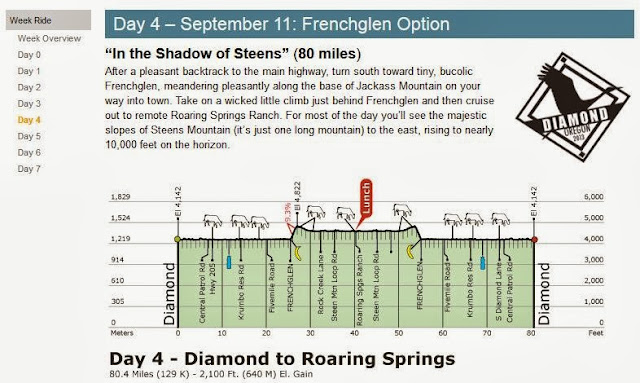 We opted for a modified route heading out the "planned" path about 4-5 miles and then doubling back past the turn off for our city / camp.

The reason for bypassing the turn off was a tiny little hotel / bed and breakfast called the Diamond Motel was hosting a BBQ lunch (that ended up running from 10am to 8 pm).  The line for food never ceased the entire 10 hours! 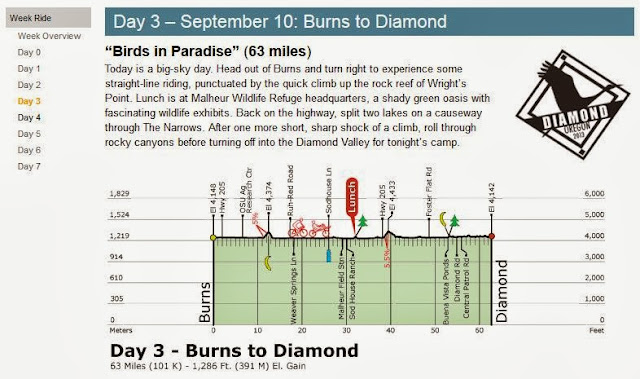 Ah.....almost perfectly flat!  Only two "bumps" in the road for the whole day really.