Don't be "sour" about your weekend.

Like I said yesterday....I've been keeping busy.  One of those busy items was a get together Saturday evening with one of our local home brewers from the Washoe Zephyr Zymergists brewing club.  Jason is a master brewer in our club, specializing in sour beers, barrel aged beers, and beers that can be aged for years.

He had just a few on tap for us! 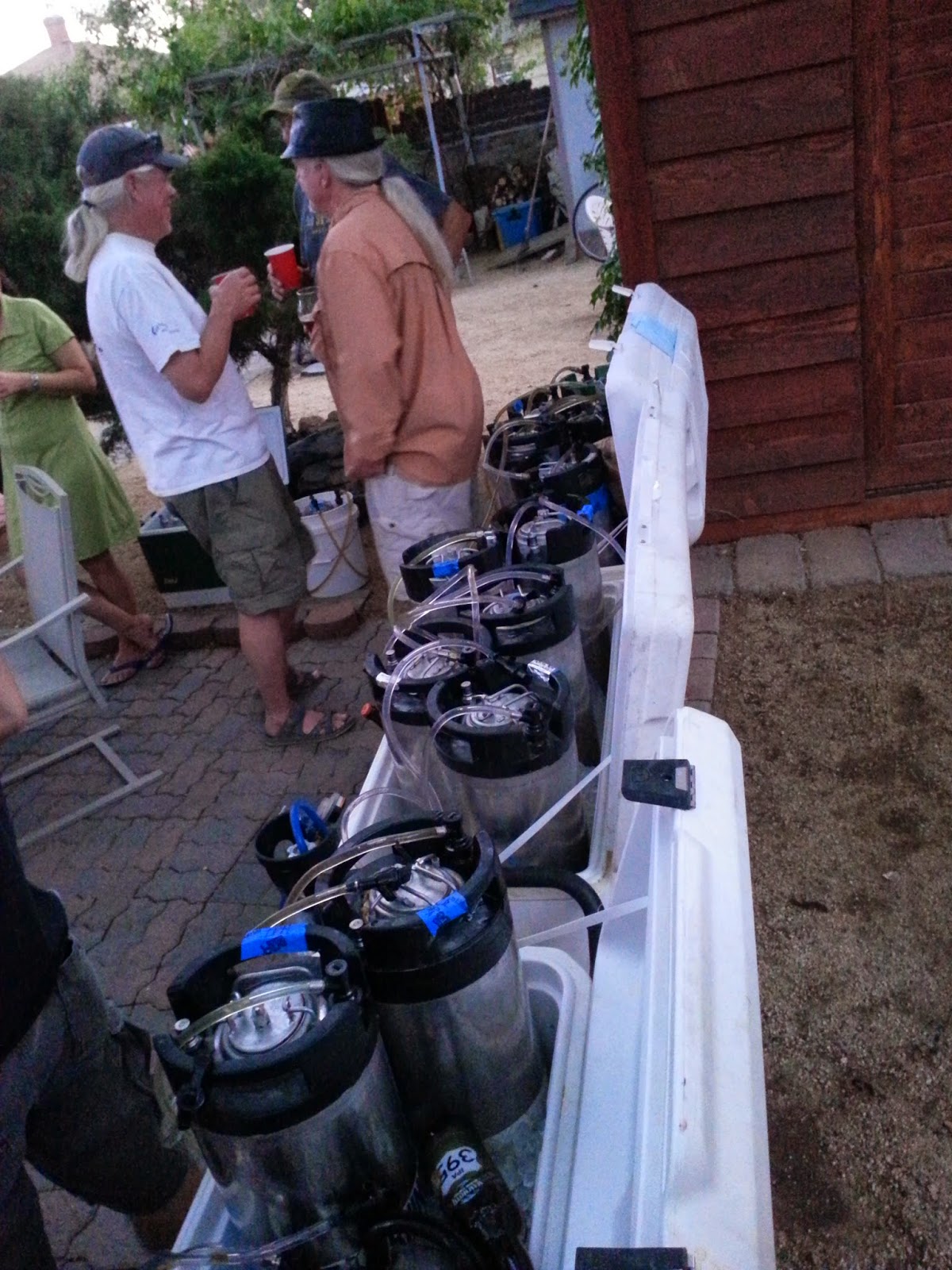 This along with all his bottle aged beers represented over a decade of brewing and some of the beers were that old!  You don't see this type of brewing very often.  Jason is also in the midst of trying to start up a business here in Reno focused on brewing, home brew supply, and customer influenced beers.  Check out his promo video here:


P.S.  This is biking related because I rode my bike here.  I had to cue my bike up against the fence with 5 others.  More proof that beer and bikes just go together!

P.P.S.  You really missed out on this one Preacher!
Posted by Riding in Reno at 8:21 AM